Bookish Buzz is the working title for my newest blog feature and I’m beyond excited to share it with you all!

Hey, 24hr.YABookBlog here (~˘▾˘)~ 💞📚✨ Bookish Buzz was originally going to premiere on my blog as monthly releases feature, but since I hadn’t kept up with it last month, I’m trying out something a little different for this first post! But I do hope to share my original idea in the near future!

To start Bookish Buzz, I’m sharing a list of some of my most anticipated/upcoming YA Books, including a manga & middle grade novel that I feel need more buzz! 🎉📚 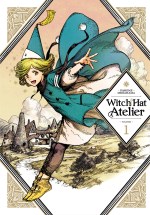 Witch Hat Atelier is a manga I’ve been looking forward to for months–I first heard about it at a convention and immediately added it to my TBR! It takes place in a world where magic is a part of the everyday! However, it’s known that those with magic in this world are born, not made! Coco is a girl who was born without magic, but aspires to become a witch. One day, when a magician travels through her village, she realizes that the magic everyone knows of in her world, is not as it seems.

The Tiger At Midnight is a YA Fantasy debut set in a fantasy land inspired by ancient India! The story follows Esha an assassin who goes by the name of Viper and Kunal a soldier who longs to see more to the world! Both the rebel and soldier cross paths and make difficult choices for the future of their world as it grows more volatile around them with each day. What drew me into this book was the characters, I’m all here for character-driven YA Fantasy & I can’t wait to learn more about where Esha & Kunal’s journey is headed! (ARC Review To Come) 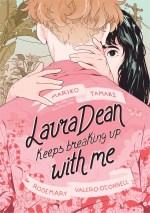 3.Laura Dean Keeps Breaking Up With Me by Mariko Tamaki & Rosemary Valero-O’ Connell

This graphic novel follows Frederica Riley who is reeling from a break-up with the most popular girl in school, Laura Dean. Her best friend Doodle, introduces her to a medium, who leaves Freddy some cryptic parting words: break up with her. As Laura Dean continues to come back & their relationship becomes more complicated, Freddie questions if Laura is the one she really needs to break up with. I’ll admit I first heard about this graphic novel when the cover was revealed, but as soon as I read the summary I was super interested in checking it out, Laura Dean sounds like it’ll explore the complexity to love/loss & it also features a queer relationship!

4.The Kingdom by Jess Rothenberg

Fantasy theme park– that’s what drew me to this book right away! Set in the immersive fantastical theme park, The Kingdom, we follow Ana who is engineered to make visitor’s dreams come true! She finds herself falling in love with employee Owen, but when she’s accused of murdering him one night, she’s now a part of a trial where she recounts her story. The Kingdom is told through testimonies, interviews, and Ana’s own memories of him. I’m so excited to read this because the unique sci-fi, thriller/fantasy concept sounds right up my alley!

5. Virtually Yours by Sarvenaz Tash

Mariam Vakilian, NYU Freshman, hasn’t dated in months since her high school boyfriend Caleb broke up with her. But, when she remembers about an almost-expired coupon for a virtual reality dating service, she decides to give it a try! However, things get a bit complicated when her matches include her ex-boyfriend and new best friend Jeremy! I’m beyond excited to read this book–I mean its a college-set YA Contemporary/Rom-Com, with a past ex, & VR! I’m always looking for college-set YA Contemporary and the story sounds so good!

The summary and beautiful cover drew me into this upcoming middle grade/graphic novel! Trot is a surfer and alongside her one-eyed cat Cap’n Bill, they catch a big wave and get sucked into an underwater kingdom! But a sea battle rages in these waters. Sea Siren mermaids are under attack from the Serpent King & Trot & Cap’n are caught in the middle of it!

7.The Best Lies by Sarah Lyu

This is an upcoming YA Contemporary psychological thriller from debut author Sarah Lyu! I don’t read many thrillers, but after reading the summary I was hooked! It follows Remy Tsai whose boyfriend Remy is now dead and it was all due to her best friend, Elise. As an investigation is underway, she tries to piece together what happened and find the truth. I’m also always looking forward to reading & supporting YA debuts!

Zora Emerson is independent, smart, and ready to change the world! She’s prepped to attend a prestigious summer program, but what she wasn’t expecting was to connect with Owen– a prince! Now she’s being invited as a Owen’s guest to his older brother’s wedding and isn’t sure she’s ready for the spotlight! This book sounds so cute & I don’t think I’ve read a royalty romance before–so I’m super excited to read this one! 💞👑

Alaine Beauparlant, high-school journalist, gets suspended for a prank gone-wrong. Spending her time in Haiti at her family’s estate, she’s reconnecting with her mother, working at her aunt’s start-up to help local children in need, and connecting with fellow intern Jason. But when she finds letters, articles, & emails from her mother, she learns it’ll not only save her project, but also help her to better understand her estranged mother! This novel is not only set in Haiti, but also told through letters, emails, etc. and I’m SO hyped to get to this, I was recently sent an ARC and can’t wait to read this book it sounds fantastic!

10.The Infinite Noise by Lauren Shippen

If your new to my blog, then you probably haven’t seen me rave about the audio drama podcasts I review/recommend! The Infinite Noise is actually based on The Bright Sessions sci-fi podcast by creator Lauren Shippen. The podcast follows those with superpowers, or Atypicals who get therapy from Dr. Bright! The cast of characters, plot, and discussion of mental health are just some of the many things that make The Bright Sessions a fantastic story! If you haven’t listened to this podcast, do it!! Its fantastic & I’m so happy to see it getting attention in the book/YA Community. This book specifically follows one of the main characters Adam from the podcast and delves more into his backstory. So as a big fan of this podcast, I’m eagerly anticipating this book and HIGHLY recommend checking out the wonderful podcast! 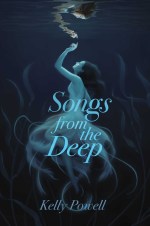 11.Songs From The Deep by Kelly Powell

Moira Alexander searches for a killer on her island town, where sirens lurk along its shores. She plays her violin at the sea’s edge, but one day finds a dead boy along the shore, she has a feeling its not the sirens. She tries to search for the killer alongside lighthouse keeper Jude Osric, her childhood friend! Now their trying to find who ever is responsible, before its too late! When this book was first announced I knew Id have to read it! Murder-mystery, sirens, violinist & lighthouse keeper crime-solving duo?? Sign me up! This story sounds like a really unique YA mystery and I’m really looking forward to checking this book out!

These are all the upcoming books I’m so hyped to read & I can’t contain my excitement for them! 😍❤📚🎉🎉

Which of these books are you looking forward to? Any not on this list??

Lets Discuss In The Comments! 😄🎉📚