Book Bytes is a monthly feature I created to share news in the world of YA!

Each month posts can contain anything from new cover/title reveals, book-to-movie news, even the latest book deals!! 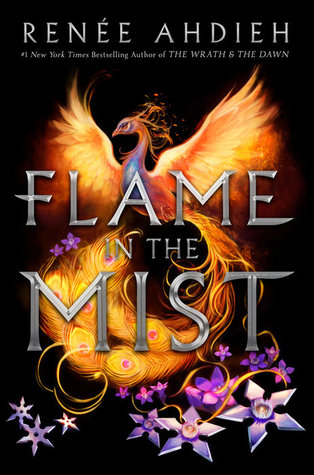 1. Flame In The Mist Excerpt

Renee Ahdieh, author of The Wrath And The Dawn Duology, had an excerpt of her upcoming 2017 novel Flame And The Mist shared on Entertainment Weekly!

Full excerpt can be found Here

2. If Birds Fly Back Cover Reveal

Carlie Sorosiak, 2017 debut author, had a cover reveal for her upcoming YA Contemporary If Birds Fly Back on October 5 over at Pop Goes The Reader

Here’s a summary: A sparkling debut about love, family, and the mysteries of the universe.

Linny has been fascinated by disappearances, ever since her sister Grace ran away in the middle of the night without saying goodbye.

Sebastian can tell you how many galaxies there are, and knows how much plutonium weighs. But the one thing he can’t figure out is the identity of his birth father.

They’ve never met, but Linny and Sebastian have one thing in common: an obsession with famous novelist and filmmaker Alvaro Herrera, who went missing three years ago and has just reappeared. As they learn more about the mystery of Alvaro, Linny and Sebastian uncover the answers they’ve been searching for. 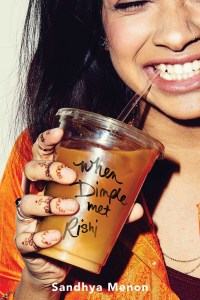 Also on October 5 Sandhya Menon had her cover reveal + excerpt for When Dimple Met Rishi, over at Bustle!

Set to be released May 30, 2017 from Simon Pulse, this YA Contemporary is “A laugh-out-loud, heartfelt YA romantic comedy, told in alternating perspectives, about two Indian-American teens whose parents have arranged for them to be married.

Dimple Shah has it all figured out. With graduation behind her, she’s more than ready for a break from her family, from Mamma’s inexplicable obsession with her finding the “Ideal Indian Husband.” Ugh. Dimple knows they must respect her principles on some level, though. If they truly believed she needed a husband right now, they wouldn’t have paid for her to attend a summer program for aspiring web developers…right?

Rishi Patel is a hopeless romantic. So when his parents tell him that his future wife will be attending the same summer program as him—wherein he’ll have to woo her—he’s totally on board. Because as silly as it sounds to most people in his life, Rishi wants to be arranged, believes in the power of tradition, stability, and being a part of something much bigger than himself.

The Shahs and Patels didn’t mean to start turning the wheels on this “suggested arrangement” so early in their children’s lives, but when they noticed them both gravitate toward the same summer program, they figured, Why not?

Dimple and Rishi may think they have each other figured out. But when opposites clash, love works hard to prove itself in the most unexpected ways.”

On October 12, EW revealed the cover + an excerpt for the sequel to And I Darken.

YOU MUST see the cover for @kierstenwhite's next book NOW I RISE and read an exclusive excerpt via @EW! https://t.co/EIQxT6hVWw

As of October 20, it was announced that Ransom Riggs, author of Miss Peregrine’s Home For Peculiar Children will be adding 3 more books to the original trilogy!

As of October 24, Epic Reads has a number of books coming Summer 2017 so they put together a list (30+) and stated they have more covers to come!

You can check it out Here

Some include: Our Dark Duet by Victoria Schwab, Dividing Eden by Joelle Charbonneau, and The Crown’s Fate by Evelyn Skye!

Leigh Bardugo, author of the Grisha Trilogy and recently concluded Six Of Crows Duology, will venture out of YA Fantasy to write Ninth House.

This adult series will center around:

“Alex Stern, a 20-year-old California high school dropout with a criminal past who is mysteriously offered a second chance as a Yale University freshman. Ninth House, the first book, follows Stern’s freshman year, where she is charged with monitoring Yale’s secret societies, who engage in sinister occult activities.”

More info can be found on The Hollywood Reporter announcement Here!

8.The Girl Who Drank The Moon Gets A Screenwriter

On October 26, it was announced that Kelly Barnhills’s middle grade novel The Girl Who Drank The Moon found screenwriter Marc Haimes (Screenwirter of Kubo And The Two Strings).

Currently with Fox Animation, The Girl Who Drank The Moon is also set to be a hybrid live-action/animation.

Full article from Deadline can be found Here!

Kubo and the Two Strings Screenwriter to Adapt @kellybarnhill’s THE GIRL WHO DRANK THE MOON: https://t.co/iLv8dPulTg pic.twitter.com/p0G7vfTnjA

What Book News Have You Heard? 📚✨