reveals,  book adaptation & so much more!

June 1st, it was announced that Stella Meghie would be attached to direct Nicola Yoon’s 2015 YA-Contemporary Debut Everything,Everything!

More info can be found on The Hollywood Reporter article Here

I'm so proud to be directing @NicolaYoon's EVERYTHING, EVERYTHING! This book is in my bones! And soon on the screen! https://t.co/42CEhnxC4k

On June 2 Samantha Shannon revealed the cover for the third book in her Bone Season series!

This book has a cover change from the previous books, but Samantha assured the spines would still match!

The Song Rising is set to be released March 2017!

And this one is for the UK and the rest of the world. I can't believe I finally get to share them! pic.twitter.com/fbUBsHU1rE

3.The Inexplicable Logic Of My Life Excerpt+Cover Reveal

On June 8 EW released an article which revealed the cover+an excerpt of The Inexplicable Logic Of My Life which is from the same author who wrote Aristotle&Dante Discover The Secrets Of The Universe! You can read the excerpt on the EW article Here!

On June 8 Victoria Aveyard, author of the NYT Bestselling series Red Queen announced the third book in her series will be released February 7,2017 + a cover reveal would be coming soon!

5. A Torch Against The Night Tour

June 16, Sabaa Tahir announced the tour dates for her book A Torch Against The Night the sequel to An Ember In The Ashes.

Full list of tour dates can be found Here!

You want some #SelectionMovie news? Okay, here you go: https://t.co/FWhLdqJLsf

We are still not greenlit though. The best thing you can do is cheerlead to @wbpictures and I will keep you posted! #SelectionMovie

More can be found on the Variety article Here!

The Selection is currently under option at Warner Bros.

7.A Crown Of Wishes by Roshani Chokshi Cover/Excerpt

June 21, on EW revealed the first chapter + the cover to the companion novel of the NYT bestseller The Star-Touched Queen 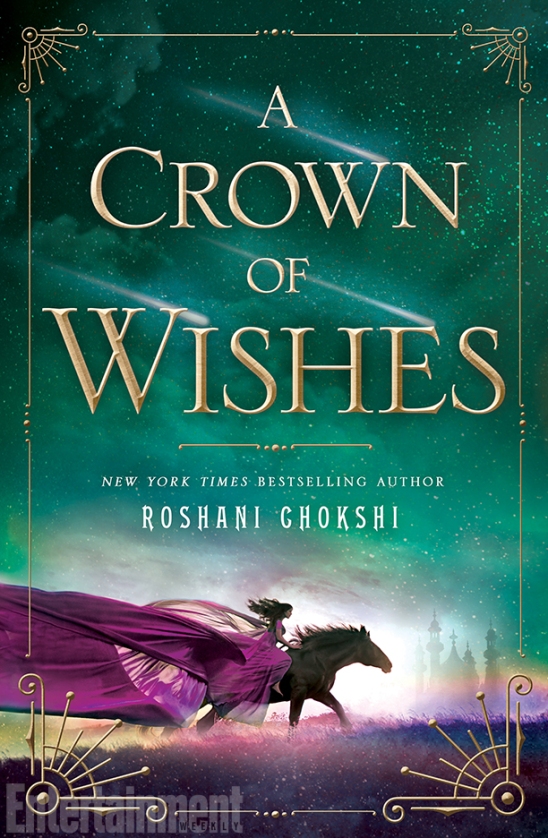 8.The Ship Beyond Time by Heidi Heilig Cover Reveal

On June 22, YABC revealed the cover for the sequel/finale to The Girl From Everywhere!

Here is the cover:

Also on June 22, Rosalyn Eves revealed the cover for her 2017 YA-Fantasy debut!

Book 1 in a new trilogy set in an alternate Victorian England!

It's live! The cover for #BloodRoseRebellion + a giveaway! Huge thanks to the fantastic team at @KnopfBFYR: https://t.co/R76WmUKkhe

On June 27 Epic Reads revealed a number of covers for the books they are releasing from January to April!

There are a number of continuations, finales, debuts+ standalones!

12.Our Chemical Hearts Optioned for Film

What book news have you heard this month? 🙂